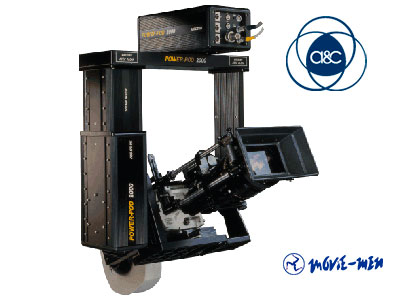 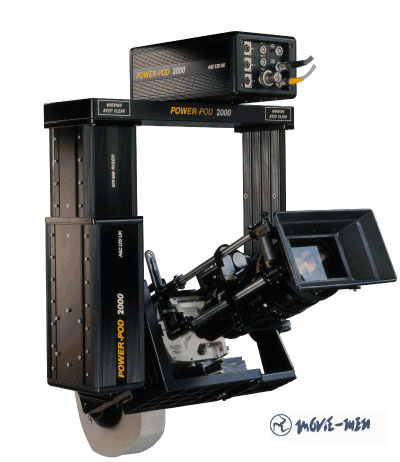 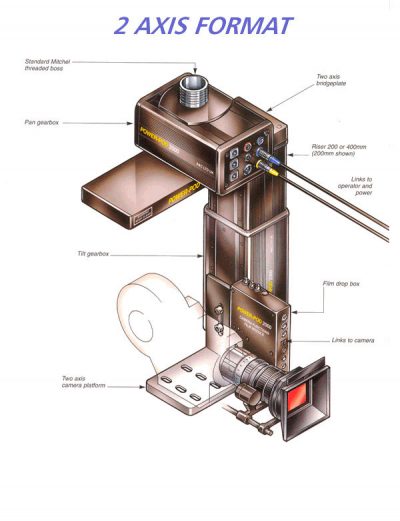 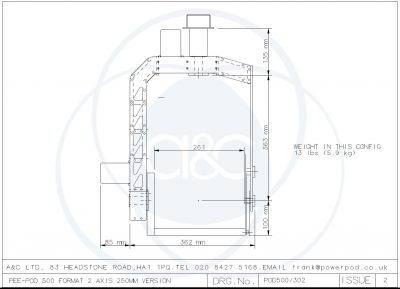 The POWER-POD 2000 is a powerful real time digital robotic remote head offering a wealth of options that include a third axis as well as motion control interfacing. Its patented modular construction allow one system to change from the two axis small configuration all the way through to its full three axis tall configuration in times that can be as little as 15 minutes.
If required the POWER-POD 2000 can be taken from its cases and used as a straight forward two axis powerful remote head, giving excellent smooth precise performance, without becoming too technically complex. Or if the operator chooses, the level of technical sophistication can be opened up to become an extremely powerful memory head recalling positions and moves (including lens functions) and offering motion control and post production advantages.

Technical versatility lies at the heart of the POWER-POD 2000. We at A & C know the importance of reliability and uncompromising performance that our users insist upon.

The POWER-POD 2000 is built to exacting standards, incorporating refinements and advanced technology developed from our successes in feature film and broadcast television remote camera head systems. As one of the worlds most successful manufacturers of professional remote systems, we at A & C have developed this exiting new generation as a fresh addition to our well established range of products.